So I apologize to the few poor saps who have checked this more than once in the last week. I’m sorry because I used to update so diligently, and lately I have been slacking a bit. I thought you, no..the world wide web as a whole, NO…the world, deserve an explanation.

So here it is.

I’ve been eaten by grizzly bears.

No thats not it, the honest truth is that its winter in Shanghai and theres not a whole lot going on. I’ve been loading up on DVDs and cheap-eats, all the while cutting down on my adventure-intake. Thats not to say I haven’t been doing stuff. Why, just yesterday I…and then there was the time last week when…oh but my friend did… (cue the cricket noise)

Life is still pretty standard. I thought I had reached a calm seas finally in terms of my students brutal violence against me. This came when they began building weapons out of legos and pretending to shoot me with them. I would pretend to get shot, they would laugh, and then I would chase them around for a while. Yesterday, one of my students caught on to my ruse, and instead just constructed a long stick that he could hit me with. Touche my boy, touche.

I have the whole month of February off from work, part of while I will be spending at home in America! I honestly can’t wait for, although all the snow and rain I keep hearing about is dampening my excitement a bit. Regardless, this is essentially the longest I have been away from my friends in almost 9 years, in some cases 12 years…and my family, well 22 years. AND ELOISE…well 3 years, I’m hoping she remembers what I look like. 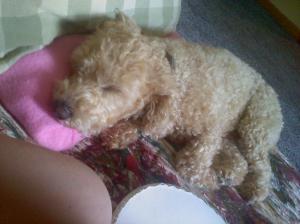 I miss that little guy, and the wolverine that I bought over here didn’t make for a good substitute. Alright well thats all for now!

OVER-AMBITIOUS UPDATE – I got my wallet back by a pure stroke of luck/old woman kindness!

UPDATE THAT SHOULD HAVE PRECEDED THE LAST UPDATE – I lost my wallet friday night. Not since Greg Masto tried to swipe into his freshman dorm with a fake ID has such a night of drinking ended so badly. What started out as a great night with friends soon devolved into an embarassing display of intoxication, stage diving, and barside naps. I’ll spare you the gory details but I will highlight the most enjoyable aspects of the night in this completely inaccurate timeline:

11:00 (I think) – Chinese screamo band is playing, obviously I felt compelled to join the mosh-pit…not the smartest of moves.

Sometime later – Band has left, most of venue has been cleared out. I storm the stage with new friend Matt in order to play the bands drums.

Moments after – Get kicked off stage by security, perform an epic stage dive possibly resulting in an injured toe

1:00 – Go to The Shelter, an abandoned bomb shelter converted into a bar (aka a clostrophobics worst nightmare)

4:00 – Not sure, but sometime in this span I lose my wallet and keys

4:30 – Utilizing technology far beyond human intelligence I manage to teleport inside my building and up to my apartment. However, my bedroom door is locked. Teleportation fail.

Still 4:30 – Decide I should kick the door down in order to get in my bed. Roommate proposes the alternative, sleep on the couch. I oblige.

Oh and I threw up in there somewhere.

The next morning was a frantic scramble to reassemble my life. This involved having new keys made, and obtaining a new debit card. Much of this was made possible through the assistance of my roommate Daniel, a true hero who speaks fluent Chinese…I bought him a bottle of wine to say thank you.

6:00 PM – I hear a knock at my door. Believing it to be our downstairs neighbor complaining about noise, I am hesitant to answer but do so anyway. Outside is a small old lady and in her hand is my wallet!!!!

Ok that didn’t happen but she did bring me my wallet. I have no idea where she found it, but I am eternally greatful to her for honesty and good nature.

When I was 14 Alex Nucera and I went to the Woodbridge Mall because that was the cool thing to do. We made a quick stop in PacSun, where each of us purchased wallets. These wallets were cheap cloth material, and each had a chain which was intended to attach the wallet to ones belt loops. Wow, the 14 year old version of myself was AWESOME…

Years went by, and although I eventually dropped the chain, the wallet remained. All through highschool and college that wallet survived many a chaotic evening. It holds movie stubs from when I was 15, or at least it did until this summer when I accidentally fell into a decorative pond and had to do a little maintenance on my soaked wallet contents. But even after that, the wallet prevailed.

Countless times I vowed to get a new wallet, but I never have. The material is tattered, not to mention its held shut by velcro, but I still held onto it. I thought about buying a new wallet during my debit-card excursion through Shanghai, but I didn’t. I think I’ll keep the one I have a little longer. If it stuck with me this long it would be a shame to just chuck it, theres a lot of memories in that tattered billfold.

Well thats all for now. Life continues as per usual in Shanghai, China!